Ask anyone who attended an American public school between 1980 and 2010, and they’ll recall the colorful ad campaigns of the D.A.R.E (Drug Abuse Resistance Education) era. An especially memorable poster read, “Mary Jane makes you stoopid,” leading all elementary students to ask: who is Mary Jane?

D.A.R.E drew a hard line between “right” and “wrong” when it came to drugs. However, their approach was far from universal – as 17 students from Texas Christian University (TCU) discovered.

On a study abroad trip to Scandinavia and the Netherlands, the group – one of the last generations of the D.A.R.E era – encountered different views of criminal justice and wrestled with cultural and personal perspectives on what is ultimately right, wrong, normal and just.

Guided by two TCU professors, the students were asked to suspend their moral judgments in order to better understand global issues of drug legalization, imprisonment and prostitution from alternate perspectives.


Not always black and white: when wrong can be right

Ronald “Chip” Burns, professor of criminal justice, knew this trip would challenge his students’ worldviews. “In America, the idea of right versus wrong is so entrenched in how we raise our children. This trip confronted those notions head-on.”

Together with Kendra Bowen, assistant professor of criminal justice, the duo established one simple goal for their students while abroad: observe, but don’t judge.

“These were students who went through D.A.R.E in elementary school. Then [on this trip] they’re exposed to a government clinic that’s providing heroin to addicts. It really challenges their beliefs of what’s right and what’s wrong.”

The question of right versus wrong is critical in liberal arts teaching. In many ways, it’s the central question of humanity. By designing the trip around this concept, Burns and Bowen merged practical application with a solidly liberal arts-based curriculum. 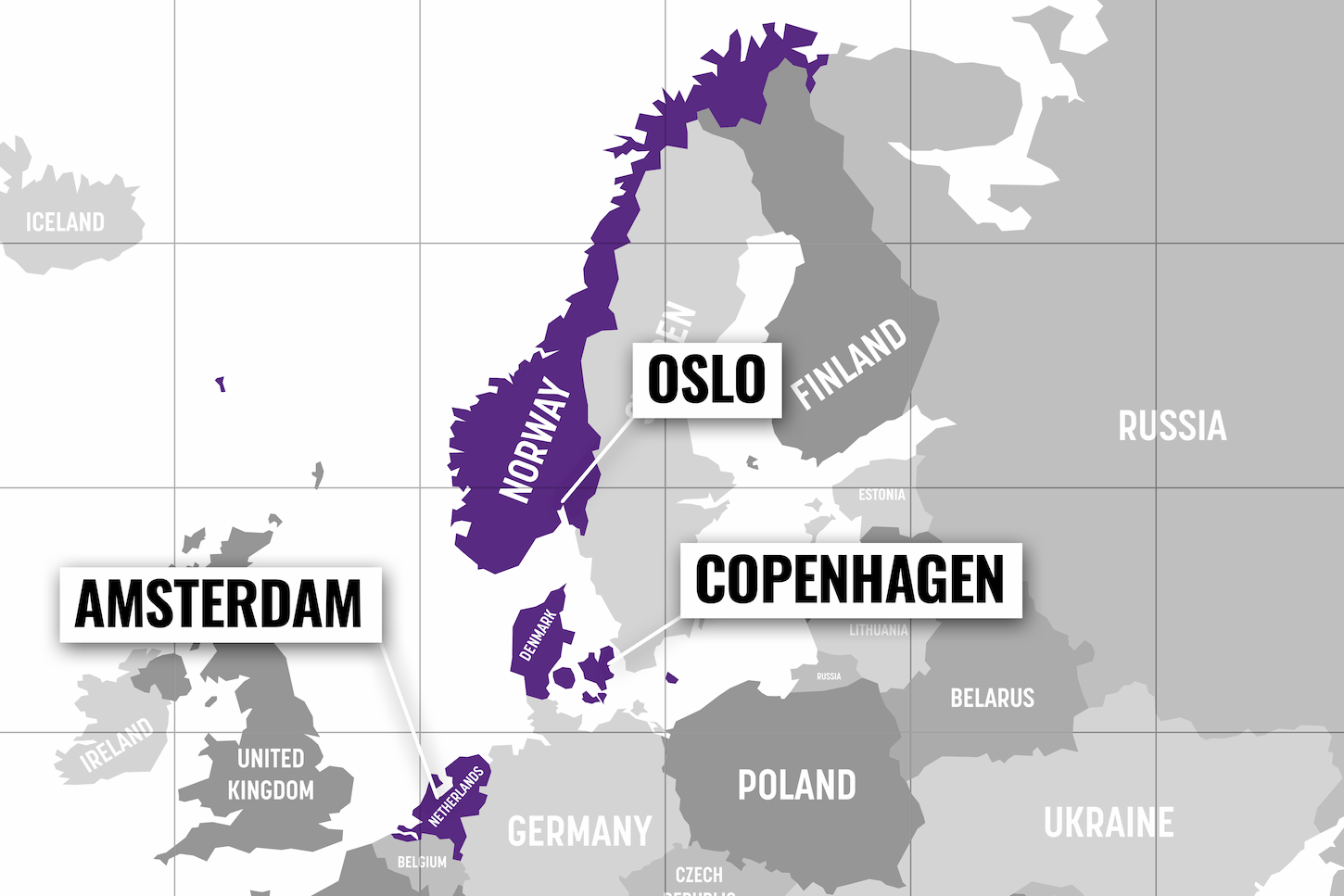 Learn more about the trip by reading our full feature.

The best way to solve problems? A global perspective.

In today’s world, where students will likely graduate into a turbulent and increasingly polarized society, it’s challenging to break through the pre-conceived notions of right and wrong to understand different points of view. Questioning norms and broadening perspectives is at the core of a liberal arts education, and at TCU it is central to the university’s mission: to educate individuals to think and act as ethical leaders and responsible citizens in the global community.

By encouraging students to look outside their own experiences to solve problems, students are better prepared to meet the challenges they will face outside the classroom and throughout their lives.

Burns and Bowen were committed to developing a course that would foster a global perspective among their students. In a classroom 4,927 miles away, it would have been easy for students to judge the Scandinavian system of justice as untenable or incompatible with American laws and mores. But for the two professors the goal wasn’t for their students to pass judgment. So, they moved the classroom.

Throughout the 17-day trip, the students witnessed a criminal justice system very different from the one they knew – a system that allows legal prostitution, de-criminalized cannabis, anarchist compounds, government-funded heroin clinics and prisons without guns, uniforms or barbed wire.

“Seeing these prisons and institutions firsthand transformed the learning experience,” said Ashley Travis, a criminal justice major. “When you sit with an inmate and hear his story, it really brings home the realization that criminals are humans.”

By immersing students in the society that offered different ideas of right and wrong, Burns and Bowen incorporated new perspectives based on compassion and humanity into conversations around policy, criminality and justice. Another student said “I’ve learned treating people with respect — and communicating — can let you see what the root of the problem really is.”

The field of criminal justice is often looked at as a trade discipline, a training ground for future law enforcement officers. Criminal justice at TCU draws from a solidly liberal arts-based curriculum to provide students with a well-rounded education. Ultimately, students graduate poised to be leaders in a variety of fields.

“In one of my classrooms, we were looking at the Ring doorbells as a home security solution. It’s so simple but had such a huge impact. It made people feel safer in their homes,” said Burns. “That’s the type of thing I want our students to be doing. I want them to think of the next big thing — the thing that will change the world for the better.”

By exposing students to different ideas, beliefs and cultures, TCU faculty like Burns hope to produce a generation of forward-thinking learners and leaders. They encourage students to compare seemingly disparate ideas (like they did in Scandinavia) in order to formulate better solutions for the world at large.

While programs of the past like D.A.R.E have their merits, TCU is paving the way with a different kind of education. By seeking broader perspectives about policies and cultural norms, TCU students are well positioned to seek solutions to the most critical issues facing our world.