To say Tucker Maberry ’22 had an eventful spring semester would be an understatement. In addition to being a full-time sociology major and international relations minor, Maberry held down two part-time side jobs.

One of those jobs was assisting Jeannine Gailey, Ph.D., in conducting research on body image and gender roles.

That professor-student partnership blossomed into what will be Maberry’s most ambitious project to date: a study that they hope to publish in an academic journal.

Maberry’s interest in Gailey’s work was piqued by two classes she taught: “Sociology of the Body” and “Gender and Society.”

“These classes talk about complex body and gender issues that many people would otherwise be too uncomfortable to discuss,” said Maberry. “They give voice to body types and gender issues beyond the societal norm.”

Observing his interest in the subject, Gailey approached Maberry about working as her research assistant for an ongoing project. “Professor Gailey noticed that most existing body image literature focuses on young or early middle-aged women (with a small amount of literature devoted to women nearing the end-of-life stage), but women ages 60 to mid-70s are relatively absent in the literature,” he explained.

Gailey tasked Maberry with reading transcripts of 44 interviews she conducted in 2019 and 2020 with women aged 60 and up regarding gender and body image. Next, Maberry coded the interviews according to 25 pre-decided themes and compared his results with Gailey’s coding as a way to “mitigate unintended research bias.”

Given the success of their first collaboration, Maberry and Gailey embarked on a new and larger project. Their previous research focused on women and body image, but Maberry wanted to explore what men had to say about how they viewed their bodies.

“...Recent studies have increasingly shown that men are experiencing elevated rates of body dissatisfaction and eating disorders; these rates are not yet on par with women, but they are nonetheless rising substantially." - Tucker Maberry ’22

However, the perception of how men view body image may be changing, with studies showing men too are concerned with how their bodies look. “Society has somewhat normalized body insecurities in women, but men oftentimes still feel that caring about their body isn’t ‘manly,’” Maberry explained.

“Despite this difference, recent studies have increasingly shown that men are experiencing elevated rates of body dissatisfaction and eating disorders; these rates are not yet on par with women, but they are nonetheless rising substantially,” he .

The project is tentatively titled “The Effects of Image Exposure on Undergraduate Men's Views of Self.” Maberry and Gailey plan to interview around 100 undergraduate men from TCU via an online survey. Based on methodology from similar past experiments on men’s view of themselves, participants are presented with images and asked to answer questions in response. The pair would then analyze participants’ responses across demographic lines and between test and control groups.

Maberry said he and Gailey hope to have the piece published, with Gailey as “Principal Investigator” and Maberry as “Co-Investigator.” The pair will present the results at the annual AddRan Festival of Undergraduate Research in April 2023.

Beyond adding to existing literature on men and body image issues, Maberry hopes his research will have practical applications. “We believe that because our subject population is male undergrads, these findings will be especially useful for informing relevant campus staff members about these issues, such as counselors and health center faculty,” he said.

Maberry plans to graduate in Reflecting on his academic career, he recommends students take a sociology course at least once. “Even if you already know exactly what you want to do, sociology teaches us how to think critically and see problems from different points of view — even if you disagree with those points of view.” 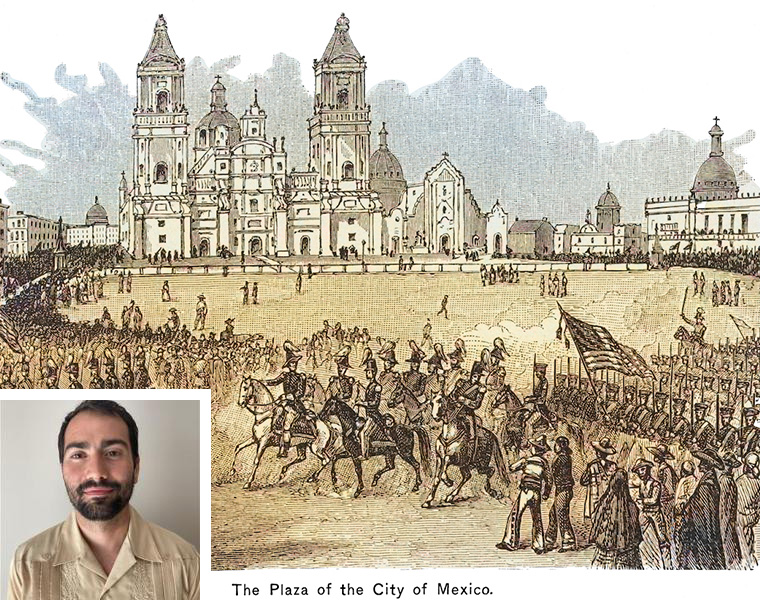